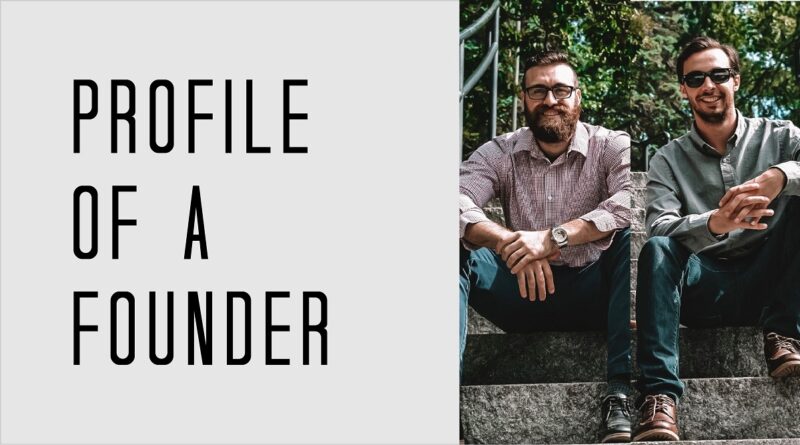 Tell us the origin story of KinoTek – what problem were you trying to solve and why?

Justin: I met David in the summer of 2018 when I was finishing my degree in Kinesiology at the University of Maine. At the time, I was working at the VEMI Lab (Virtual Environment and Multimodal Interaction) where David was working on a research project on behalf of the university. I was on the university swim team and had recently been recovering from a shoulder injury I suffered during competition. I was told I could never swim again and that my career was effectively over. Unwilling to take no for an answer, I created my own rehabilitation program and pitched David on an idea I had for a new way to visualize human movement. We ended up working together all night on the initial prototype and a month later after many more meetings, we decided to officially start KinoTek.

David: The two of us suffered from sport-related injuries. Frustrated by the lack of accessible bio-mechanics information and the high subjectivity in movement analysis, we decided to create a better way to help people suffering from injury. With my background in biomedical engineering and Justin’s experience in psychology and kinesiology, we were able to come together to create a highly disruptive software program.

David: After graduate school, I struggled to find a job in my field of biomedical engineering. To pay the bills, I grabbed the first job I could and worked as a maintenance worker at a trailer park franchise. It was the hardest job I have ever had in my life. I was humbled; the year I spent there stripped away the artificial ego that grew during grad school. It wasn’t in the classroom or lab, but rather picking up trash in a trailer park where I learned the true meaning of hard work and perseverance. This lesson carried over into KinoTek. When KinoTek was in its bootstrapping and ideation phase, I spent every weekday for 10 months sleeping on Justin’s couch in Orono, ME. Even though my girlfriend and I were in Portland (over two hours away), I’d spend the week away from home trying to build KinoTek.

What does the future hold for KinoTek?

Justin: The future for KinoTek is very bright. We gained very strong feedback from our initial alpha testing and have recently begun the final stages of development for our beta. We are looking forward to launching our product at the end of 2020. Despite the hardships of COVID-19, we have raised seed funds, signed new partnerships with multiple companies (including Microsoft), hired our first employees, redesigned our website, and positioned ourselves for a successful launch. Beginning next year, we plan to introduce our human performance software in multiple markets and continue to build a robust IP portfolio. We don’t plan on slowing down until we have reached our ultimate goal of bringing movement analysis mainstream.

What are your thoughts on the local tech startup scene in Portland?

Justin and David: We feel incredibly lucky to be building our company in Portland, Maine. The support from the local community has been beyond what we could have ever anticipated. Organizations like the Maine Technology Institute and Startup Maine have provided the resources necessary to support the city’s budding entrepreneurs. Portland has become an emerging startup hub and we believe it will be the next great location to start a company in the Northeast!

Justin and David: We have discovered that it is impossible to replace the team aspect of a startup company with just a single founder or individual. The number one suggestion we always provide to young, budding entrepreneurs in the state of Maine is: “Don’t do it on your own. Search for and find a team of like-minded individuals, and never let go of them. Your team, collaboratively, is what will determine your success as an entrepreneur.

Justin: You gotta be mission driven and passionate about the problem you’re solving. If you’re in it to make a quick buck, you will most likely burnout quickly and not enjoy the journey.

One thought on “Justin Hafner and David Holomakoff of KinoTek”