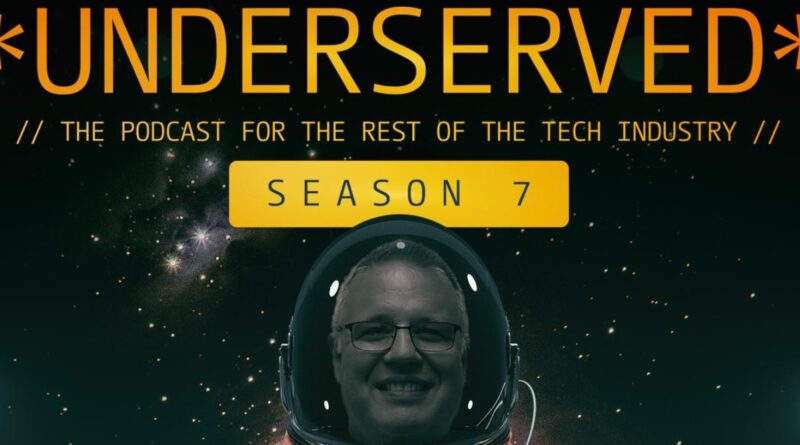 “Rachel Cossar grew up a nationally ranked rhythmic gymnast in Canada. In Episode #083 of Underserved, we discover her journey from those early competitions to the Boston ballet to working with artificial intelligence to improve body language. It turns out that non-verbal body communication matters a lot (think of your last Zoom call!) and Rachel nurtured that idea through proof of concept into founding a company. We discuss making the tough transitions while remaining true to yourself, the Roux Institute Techstars Accelerator, and being a trapeze artist as a hobby.”

“The US has had solo VC fund managers for many years but the trend is only just starting to catch on in Europe.”

“When it was founded in 2011, Norse Corp. – which described itself as “the world’s largest dedicated threat intelligence network” – had everything a promising startup could wish for: a charismatic and experienced founder, a rare and valuable technology, and few tens of millons of dollars from investors. Less than six years later, it all came crashing down in the most horrible death a business can experience. What went wrong in Norse Corp.?”

“2022 was an incredible year for Generative AI. From text generation models like GPT-3 to the rising popularity of AI image generation tools, generative AI has rapidly evolved over the last few years in both its popularity and its use cases.

Martin Musiol joins the show this week to explore the business use cases of generative AI, and how it will continue to impact the way the society interacts with data. Martin is a Data Science Manager at IBM, as well as Co-Founder and an instructor at Generative AI, teaching people to develop their own AI that generates images, videos, music, text and other data. Martin has also been a keynote speaker at various events, such as Codemotion Milan. Having discovered his passion for AI in 2012, Martin has turned that passion into his expertise, becoming a thought leader in AI and machine learning space.

In this episode, we talk about the state of generative AI today, privacy and intellectual property concerns, the strongest use cases for generative AI, what the future holds, and much more.”

“Cyber Monday has become one of the busiest — and most lucrative — online shopping days of the year. The National Retail Federation estimates that almost 64 million people will be looking for deals today. But for shoppers with disabilities, it can be a lot harder to take advantage of sales and promotions online. A significant number of the biggest retail websites are not compliant with the Americans with Disabilities Act or Web Content Accessibility Guidelines, which lay out best practices to help make sites easier to navigate by people who are, for example, blind or hearing-impaired. Marketplace’s Kimberly Adams spoke with Josh Basile, community relations manager at tech accessibility company accessiBe, as well as a quadriplegic who uses assistive devices to help him navigate the internet, about how accessibility issues impact him when he shops online.”

“Why aren’t Americans buying electric vehicles? The answer might surprise you. Plus, BMW owners are mad at a new subscription and Facebook’s newest chatbot hates Facebook. Also, you don’t need to swipe your credit card to pay anymore. Just hold out your hand. After a machine scans your palm, you’re good to go. Here’s why you should be worried.”

“Actor Ben McKenzie, known for his roles in The O.C. and Gotham, is an outspoken critic of crypto and of celebrities who use their fame to promote it. At the WSJ’s recent Tech Live event, he spoke with WSJ reporter Erich Schwartzel about his own research into crypto and why he thinks ordinary investors can be hurt by it. Zoe Thomas hosts.”

““iPhone City” isn’t the only city in China seeing protests. TMO Managing Editor Jeff Butts joins us to talk societal issues, Foxconn issues, and issues for Apple investors. Then, a Mailbag Monday question from Johnny: If chipmaking needs water, why are chipmakers going to Arizona?”

“We imagine others are more interested in our mistakes or self-conscious areas than they are. We also imagine they pay little to no attention to us at most other times. Both of these are errors in judgment.”

“This week we continue our series on how to break into a cybersecurity career with long time industry veteran, Rob Fuller (Mubix). Rob speaks with us about how he started his career in the Marine Corps, his time on Hak5, and more recently earning his Masters degree. Rob also talks about how these experiences has shaped his career, his best career advice to someone just starting out, and the importance of getting yourself out there and doing the things you enjoy!”