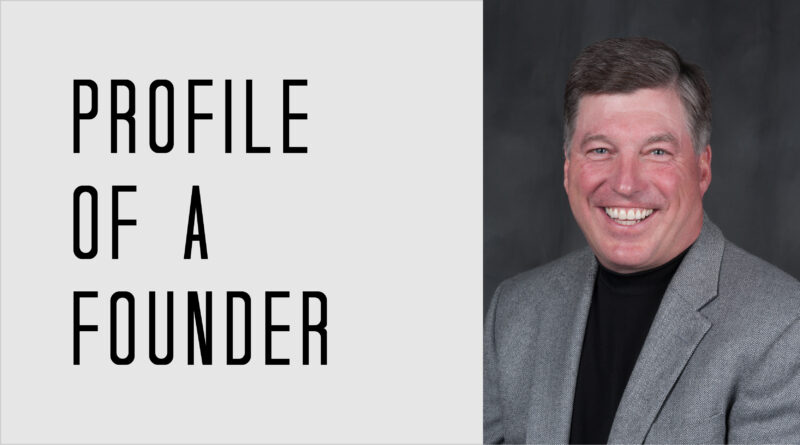 An exclusive Tech Tribune Q&A with CJ Meurell, the co-founder and CRO of Motion Intelligence, which was honored in our:

Tell us the origin story of Motion Intelligence – what problem were you trying to solve and why?

I am a co-founder of Motion Intelligence along with Marwan Hannon, who noticed during deliveries in Napa and Sonoma County for his wine distribution business that lots of people were using their phones while driving. It dawned on him that there must be a more effective way to keep people from using their phones while driving than simply relying on them to do so voluntarily. Marwan was right – the data shows that people have become addicted to their phones, so we aren’t going to choose to set them to “do not disturb” or turn them off. We talked and agreed to look for a way to use technology to address this technology-created addiction. Technology must solve the problem that it created.

This addiction was something that bothered us, and we realized we were putting ourselves and families at risk because we too adopted this very bad habit, just like almost everyone we know. We believed if we could solve this problem for ourselves, it would be a transferrable, scalable solution. When we started to do the research and saw how much damage distracted driving caused by mobile devices did to families, businesses, and the economy, we wanted to do something to stop this madness and eliminate the distractions.

The first hurdles that we had to overcome were the technological ones . We knew asking a driver to “opt-in” to a program, such as the existing Do Not Disturb options, was a no-go from the outset. We addressed this problem by making our solution an app (Evvy) that works with a small signaling device. Once the device connects to the app, it automatically starts and stops when the vehicle is in motion. The second-biggest technological hurdle was addressing what we would do if a driver decided to bring another device into the vehicle in addition to the authorized device with the Evvy app installed. How could we guarantee that a driver, such as a fleet driver, wouldn’t just bring a second device into the vehicle? It took us nine months to think about and come up with a way to solve it, which is our patented, differentiating rogue-device detection that alerts “unauthorized” devices to fleet supervisors.

On the business side, the biggest hurdle we had to get over was, as with most startups, capital. We needed to be able to raise enough money to see the vision through. It took a lot of elbow grease and legwork, promoting our vision and our strategy that we believed we could develop and patent. We started with friends and family, then moved into angel investors who helped fund us to get us to the next level. We have completed a seed round and are now in a Series A fundraise.

The other business hurdle was market focus. The reason most tech startups fail is from trying to do too many things at once, and we weren’t immune to that desire. We originally thought this would be great technology for everybody – we considered the entire world our market. But it didn’t take long for us to realize we’d need “managers” to incentivize people to make this switch. We recognized that our top market would be fleets and decided to laser focus on that because they have a large economic incentive to solve this problem. It’s not just the lives involved in the accidents, which are reason enough, but also the expensive trucks, potential litigation, and brand reputation that are all additional liability costs.

What does the future hold for Motion Intelligence?

Distracted driving is only the first use case for the technology that we developed. This is a huge market, and we are passionate about bringing our solution to families and keeping more people safe, but beyond this use case, our technology can identify all devices in a vehicle and tell where in the vehicle, i.e. passenger or driver, that device is located. As we move to autonomous vehicles down the road, and there aren’t drivers, it becomes more important to identify passengers in the vehicle. What’s important at that point is, what services can we tailor and provide to those passengers on that trip? That future holds tremendous opportunity in the world of AI, machine learning, and additional revenue opportunities. We can tee up so many solutions based on a passenger’s final destination and behavior or user-set preference details, and we can partner with organizations to target the audience while they are on a ride.

What are your thoughts on the local tech startup scene in Colorado Springs?

Colorado Springs is one of the fastest growing markets in the United States. We have beautiful high desert mountains, including the nation’s most popular national park, Garden of the Gods, and given the location near Denver and Boulder, one can see why we are growing so fast. We have five bases and the Air Force Academy from which to source returning vets (something we have done already). Plus, there is the associated ecosystem of high tech that comes with defense, as well as the University of Colorado – Colorado Springs and Colorado College.

As more companies like Crunchbase and Food Maven locate here, it will continue to improve. We’ve been happy to partner with other Colorado Springs-based tech companies, such as website developer and marketing firm Twelve Legs, and have had great success working with local organizations.