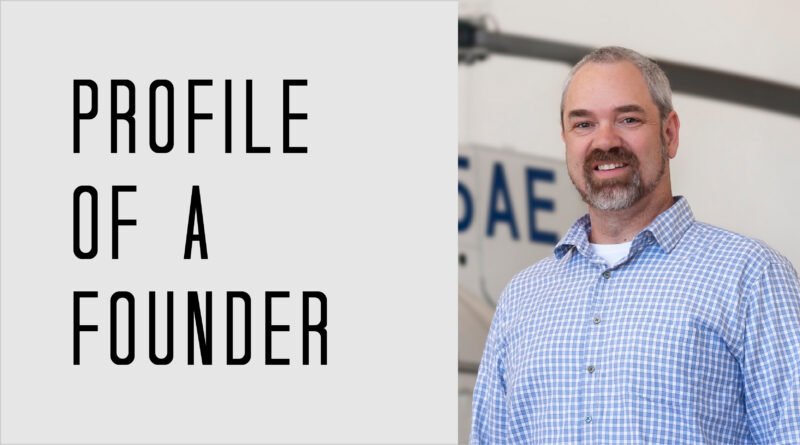 An exclusive Tech Tribune Q&A with DJ Vegh, the co-founder and Chief Innovation Officer of AerialSphere, which was honored in our:

Tell us the origin story of AerialSphere – what problem were you trying to solve and why?

Jim Todd (co-founder of AS) and I were aerial photographers at the time, selling oblique and vertical aerial photos to residential and commercial brokers/agents. Our customers used the photos to assist them in better marketing their properties. In 2007, I began experimenting with 360° aerial photo capturing and soon realized that those photos were everything a vertical and oblique photo were, but also so much more. The ability to interactively look in any direction added tremendous value to the image. Before long, I began to capture and sell 360 photos to my customers. In 2014, I met Jim and showed him what I was up to with 360 aerials. He felt the concept was worthy of getting some venture capital and scaling out. In mid-late 2014, we were seed funded and things went from there.

There were several significant challenges we faced. The first issue we came across was that there were no commercially available 360 cameras of sufficient resolution for aerial 360 mapping use. We had to design our own proprietary camera sensor system. We also learned that capturing thousands of 360 aerial photos over entire cities was a going to be monumental task. The only way to get that to work was to outfit airplanes with our sensor systems and fly them at 120 miles per hour for 3-6 hours at a time, capturing a 360 sphere every 1/2 mile. Designing reliable and robust camera sensor systems for aircraft is extremely challenging. We’ve been at this for over 5 years and we continue to improve on our systems.

We had to engineer the post processing software to work out the geo-rectification for each and every 360 sphere. This geo-rectification is a crucial element of our secret sauce. We’re the only company in the world that processes 360 aerial spheres to integrate latitude and longitude coordinates for every pixel in the image. It took us the better part of a year to develop the software for post processing.

Finding product/market fit has been quite a journey as well. It’s tough finding that fit with a new technology. Much of your time and effort is spent educating potential customers on what the technology is and how it will help them. We’re still learning about where our technology fits and what our products are and should be.

What does the future hold for AerialSphere?

The future is incredibly bright for AerialSphere – we are working on some amazing new technology that will improve the capture, processing, and delivery of our immersive spheres. Since so many businesses use and rely so heavily on maps, we are well-positioned to change how people experience maps, regardless of their industry. We are really just scratching the surface of how people use maps – with the engaging and informative abilities of our product, you will start seeing our spheres everywhere.

What are your thoughts on the local tech startup scene in Phoenix?

The local startup scene in Phoenix is absolutely amazing – the last 5-6 years has been fun to watch grow, and it has really put Phoenix on the national radar for tech cities. It makes growing a company here so much easier because of the wealth of talent we now have in the valley – not long ago, we had to rely on more remote workers for specialty tech roles. Now, we have it all here! We are now seeing tech companies relocating here, or opening offices because of the wealth of tech resources we now have in the valley.

Being a successful entrepreneur is not a part-time gig. It’s something that requires total and complete dedication. You’ve got to be all in. Over the years, I have had friends come to me with some really great ideas for a new product, tech, etc. and they want to know what to do. I’ve given them all the same advice. If this is a project that you feel very strongly about, something that is on your mind daily, even to the point you are constantly ruminating over it, then it’s worth pursuing. If it’s something that you don’t find yourself obsessing about, then it’s probably not something you ought to pursue. If you do make that decision to pursue, then hit it as hard as you possibly can. If you’re getting more than 6 hours a sleep a night, then you’re probably entrepreneuring wrong.

Don’t let failure kill your mojo. It’s cliche, but failures are an incredibly important component of successes. You’ve almost always got to lose (sometimes a lot!) before you can win.

Never be afraid to change plans! Listen to feedback from customers, advisors, partners, team members, and pivot often if needed! Sticking too long with an assumed plan can put you on a short road to failure. Build, measure, learn, adapt, repeat!

One thought on “DJ Vegh of AerialSphere”