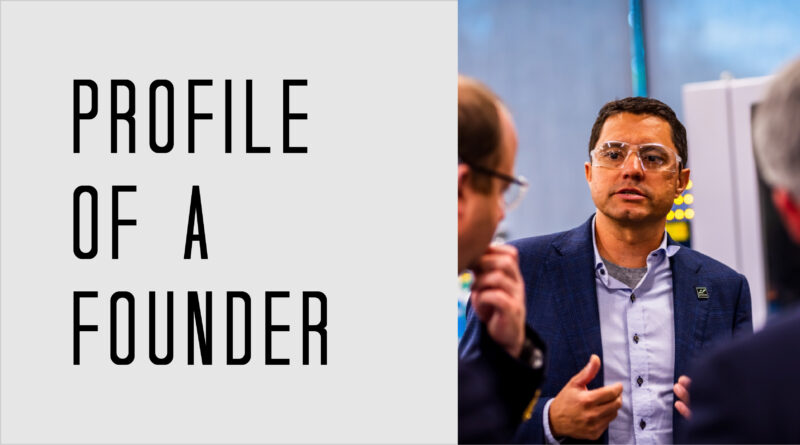 An exclusive Tech Tribune Q&A with Doug Campbell, the co-founder and CEO of Solid Power, which was honored in our:

Tell us the origin story of Solid Power – what problem were you trying to solve and why?

Solid Power was spun out of research conducted at the University of Colorado Boulder in 2012. As Solid Power was forming, we saw our society was on the path to an electric mobility future that had a need for more advanced energy storage technologies. Consumer demands were pushing manufacturers to seek higher performing, more reliable, and lower cost batteries. As the best available lithium-ion batteries were both nearing their performance limits and had safety concerns that led to increased costs, we focused our efforts on all solid-state batteries. All solid-state batteries are inherently safer than today’s lithium-ion due to the replacement of the liquid electrolyte with a solid ion-conducting material. This solid electrolyte then allows for the use of higher energy dense materials in the anode, which can improve the overall batteries energy density by 50-100%. This would allow for a potential doubling of drivable miles when used in an electric vehicle application.

In 2011, I made the decision to become an entrepreneur based on my dissatisfaction with a prior employer’s true dedication to product vs. perpetual research and development. Starting from absolute zero, I grew Solid Power to a point that by 2017 it was recognized as one of Colorado’s fastest growing privately held companies, all without ever taking external investment up to that point. The early years of Solid Power were extremely taxing, forcing me to defer salary and reinvest any and all profits, which, for the first three years were relatively meager. The turning point for Solid Power occurred in late 2013. During that period, Solid Power received a $4M grant from the Department of Energy’s ARPA-E office to perform “high risk/high return” research on a new caliber of battery technology. Since then, Solid Power has been on a steep growth trajectory.

What does the future hold for Solid Power?

What are your thoughts on the local tech startup scene in Louisville?

Louisville sits in Boulder County, which has a robust and active startup scene. Boulder County, or even more broadly, the Colorado Front Range, is a great place to start a business.

Boulder County is home to very smart and dedicated individuals who often come from one of the many surrounding universities. The work-hard, play-hard mentality of Coloradans is a unique aspect of the community here. We’re right in the center of the innovation storm, but still find time to get out and enjoy all the activities that make Colorado such a great place to live.

I often say that I was forced to become an entrepreneur because of the ineffective leadership that I had worked under throughout my career. Aspiring entrepreneurs should learn the ineffective ways of running a business in order to avoid them at the early stage. Entrepreneurs also need to ensure their solution is solving an actual problem. If there is no market pain point, then even the best, most innovative ideas aren’t going to sustain a business. Finally, focus on building a great team. Find people that complement your weaknesses, give them the tools they need to succeed, and get out of their way. Empower and enable your team by removing as many barriers as possible.

June 29, 2021 thetechtribune 0
GET THE LATEST TECH NEWS TO YOUR INBOX!