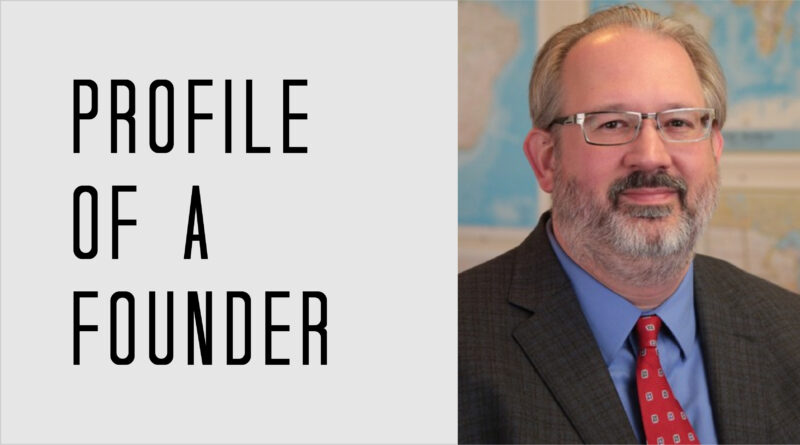 An exclusive Tech Tribune Q&A with Kraettli L. Epperson, the co-founder and CEO of Vigilant Aerospace Systems, which was honored in our:

Tell us the origin story of Vigilant Aerospace Systems – what problem were you trying to solve and why?

Vigilant Aerospace was founded to help solve the problem of integrating drones into the US national airspace alongside other aircraft. The company exclusively licensed a NASA patent and used that technology to develop our FlightHorizon product. FlightHorizon helps to unlock the full economic potential of commercial drones by effectively and affordably keeping drones a safe distance from manned aircraft, which are required to fly beyond the line-of-sight of the pilot. This process is called “detect-and-avoid” and our software takes data from multiple sensors and continually fuses it into an overall picture of the airspace to allow pilots to fly safely. Our product is also used for airspace management by drone programs and facilities like droneports. We are focused on filling a key technical gap in the industry and all of our time and resources are focused on solving this one critical problem.

As a company providing a product at the frontier of aerospace innovation, we have had to adjust to rapidly evolving regulations and technical standards, which can change the industry almost overnight. That can be challenging, but it also creates a lot of opportunity for small, agile companies.

What does the future hold for Vigilant Aerospace Systems?

We expect significant growth over the next two to four years. Our software is currently used in multiple NASA and FAA flight research programs and we are increasingly rolling the software out to commercial programs and facilities. We know that the FAA and others are forecasting massive growth in the use of commercial drones for things like pipeline, storage tank, solar panel, wind turbine, and bridge inspections. Package delivery by drone is greatly needed and in rapid development right now. Also, the potential for air taxis is receiving increasing attention and development. All of these applications require safe beyond visual line-of-sight flight, so we think the prospects for the product and company are very bright.

What are your thoughts on the local tech startup scene in Oklahoma City?

I am a serial entrepreneur who has founded tech startups and investment funds in multiple cities, including Oklahoma City, Houston, Dallas, and London.

Oklahoma City is one of those cities that is big enough to have a great national profile and all the best amenities, but small enough to feel like a hometown community. As an added bonus, you won’t typically get stuck in traffic for hours just going across town. Being the perfect size is especially true for the tech startup community. The startup community in Oklahoma City is smaller and more tightknit compared to much larger cities. If you hang around long enough, you’re going to get to know everybody and be able to find resources quickly. Your reputation is very important in a relatively smaller community. And, if you give back to the community frequently through mentoring, investing, co-founding, and generally supporting startups, you can really see the impact.

Regarding recruiting and fundraising, when you launch a tech startup in a mid-sized US city, you will find a lot of local support, but you also shouldn’t be surprised or worried when you need to raise money and hire talent outside of your particular city or state. Just roll with it. Be proud of your roots, but don’t get stuck. We live in a connected world and smart capital, good business ideas, talented people, and great opportunities exist everywhere. Keep your roots, but grow everywhere. In the case of Vigilant Aerospace, the majority of investment has come from Oklahoma investors, but a significant amount has also come from both the East and West coasts, and from Texas.

Finally, for investors, startups in cities like Oklahoma City can be especially attractive because the valuations tend to be more sustainable and the cost of operations can be a lot lower, giving the startup more time and runway to launch something great. This has definitely helped the most successful startups that have launched from Oklahoma City, including Vigilant Aerospace.

My most important piece of advice for aspiring entrepreneurs is to find a big problem that a lot of people or businesses have and that needs an immediate solution, and then focus on providing as much of the solution as you can, right now. Focus on what people need today and then build from there, rather than choosing something speculative and hoping that the buyers catch up to your inspiration. Big hairy problems do require time and investment to solve, but start small and build incrementally. Don’t try to tackle the whole problem overnight. Choose a smaller piece that needs a solution now and solve that. As you build trust in the marketplace and gain reputation and experience, the bigger problems and the bigger opportunities will come to you.