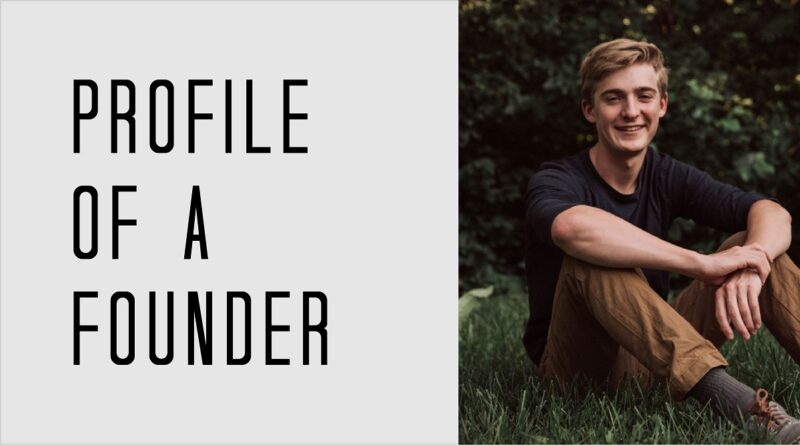 An exclusive Tech Tribune Q&A with Luke Moberly (founder and CEO) of Bumper, which was honored in our:

Tell us the origin story of Bumper – what problem were you trying to solve and why?

A few different experiences led to the idea of Bumper. When I was in high school, I saw the explosion of Tesla stock and that piqued my interest in investing. However, I was only 16 and didn’t have many options to begin investing at that age. For the most part, investing apps were 18+. The lack of financial education for teens was also prominently on display in my high school. My one quarter long personal finance class spent more time teaching us how to balance a checkbook than about the stock market or investing. The curriculum was outdated, boring, and entirely ineffective. My frustration with the lack of financial education and resources for teens reached a peak last year when a college student at the University of Nebraska-Lincoln (where I’m from) killed himself after thinking he lost over $700k from margin trading on Robinhood. Teens are not prepared for the powerful but dangerous investing tools easily accessible when you turn 18. Many teens go from never having had a checking account to being advertised to about cryptocurrencies and aggressive trading apps. These experiences led to the idea of Bumper.

The goal of Bumper is to create financially strong and independent young adults. By learning the basics of finance and investing at a young age, I believe that teens will be more prepared for later in life.

The largest hurdle was finding an affordable brokerage firm that offered a commercially available API and was willing to work with a founding team in their teenage years. It took over four months to just find the company that currently powers Bumper’s investing services. We were turned away from other companies numerous times because of our age – not many people believed a few college students could build a full-service investing app.

What does the future hold for Bumper?

We are currently focused on fine-tuning the product to fit the needs of the teen demographic. Over the next few months, we will also be expanding both our club partnership and ambassador programs. In these programs, we put on free workshops about investing and personal finance, as well as bring in some great guest speakers to talk about entrepreneurship and business. We are also looking to add cryptocurrency in a limited form in the next several months. We believe that some early exposure to cryptocurrency with parental supervision can help prepare teens for later in life.

What are your thoughts on the local tech startup scene in Lincoln?

Lincoln is definitely a blossoming tech startup ecosystem. While there is nowhere near the level of capital or experience found on the coasts, there is an incredible amount of support and general cooperation. Every single mentor, entrepreneur, investor, and advisor I have met has been so supportive of what we’re working on. Other startup environments I have been in are far more competitive, a draining and undesirable experience. The people in Lincoln are so willing to help you in any way they can, which I believe is a crucial aspect of startup ecosystems that can easily be overlooked.

I was told when I first started to find an idea I could work on for years and to keep putting one foot in front of the other. It has absolutely held true. If you have the passion for something and the discipline and grit to keep working on it even when it’s undesirable, things will work out in the end. It might not go down the path you envisioned, but other doors will open along the way. It’s rather cliché advice but so incredibly important.

Second, just fake it until you make it. I didn’t know what venture capital was when I filed my incorporation papers, but I learned along the way. Copy what successful entrepreneurs are doing and then make it unique to you and your situation. Experience is almost always the best teacher.