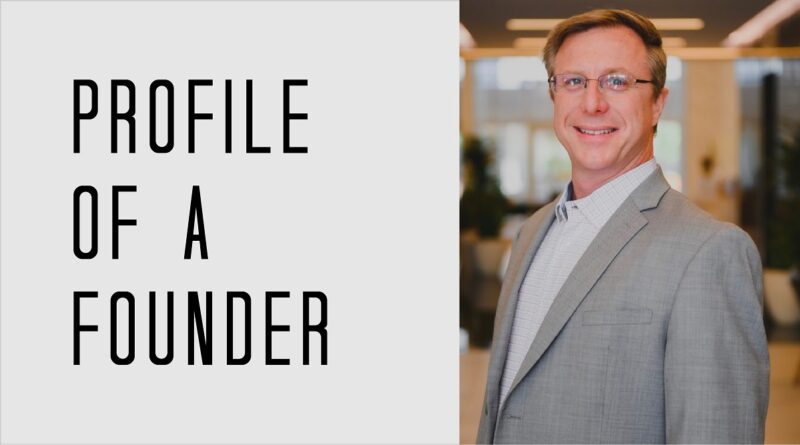 An exclusive Tech Tribune Q&A with Joel Radtke (co-founder, president, and COO) of CollateralEdge, which was honored in our:

Tell us the origin story of CollateralEdge – what problem were you trying to solve and why?

The idea for CollateralEdge began in a coffee shop. It would have been great if there had been the apocryphal napkin that contained the seed of the idea – there wasn’t. However, Joe Beard and I had such similar backgrounds and experiences in the transaction world that we quickly shared ideas on what worked and what was broken in middle market lending.

In looking at market trends, it was easy to see that banks were going to come under increasing pressure from non-bank lenders who were raising enormous amounts of capital and had a reputation for more rapidly evaluating and executing on loans than banks in the middle market.

The mission of CollateralEdge is to provide community and regional banks with a tool in their toolkit to bring good, long-term customers into their banks that would otherwise have not been able to completely make it all the way through the loan process in a timely fashion. This benefits the banks, who are better able to leverage their significant assets in community presence and lending capacity, but also benefits the borrowers. The bank is a much lower cost and friendlier source of capital for most middle market companies than a private lender, and this enables the companies to invest more in people and growth than financing interest and charges. Everybody wins.

Our solution can be relatively simple to initially grasp: “More Loans, Less Risk”. However, the complexity and pieces behind the scenes that needed to be put in place to deliver the full vision were extensive.

In the very beginning, Joe and I needed to evangelize the idea and the vision for the product and the problems it solves for the bank market, way before we could possibly have those pieces in place. It was a regular occurrence to have senior bankers completely amazed by the concept, yet skeptical of our ability to put those pieces in place. We had to take it from a great concept to reality. That was no easy task, but eventually, we got enough of the core backers to believe in the vision to allow us to begin assembling the pieces in reality. Once that started to come together, the bank conversations changed.

What does the future hold for CollateralEdge?

2022 will be a major coming out party for CollateralEdge. We’ve spent most of the last 12-18 months in quasi-stealth mode, quietly putting in place the software, people, and contracts to support our solution. We have signed several bank customers but have only recently begun to make public announcements in that regard.

Beyond 2022? The vision for the company since our founding was to bring a completely novel new financial product into broad adoption in the massive commercial bank market. Just like interest rate swaps or convertible debt, we believe the CollateralEdge product and platform solves an important structural problem and will quickly become a usual tool for banks in evaluating and converting on new commercial loan opportunities.

What are your thoughts on the local tech startup scene in Richardson?

I am impressed with the commitment from the city of Richardson to foster innovation and provide resources and space for tech startups. The local presence of the University of Texas at Dallas (UTD) is a major factor. CollateralEdge has hired three UTD alums and a former intern from UTD. The technical talent in Richardson is outstanding and should be a continuing draw for other companies looking for tech talent.

I shared our ‘origin story’ above, but what I didn’t mention is that the coffee shop meeting was in the fall of 2013. The company was not formally founded until September 2020 and our seed round was completed in Q1 2021.

My best advice for entrepreneurs is don’t run out and talk to investors and raise capital the day after you have your “Eureka!” moment. Your first pass at a concept likely has lots of holes and missing pieces. I know ours did for CollateralEdge in 2013. In fact, I’d go so far to say that if we had tried to raise money and start the business with the first iteration (or even the 15th iteration) of the model, we would have crashed and burned. We knew we had something, but we also knew we needed more insights and perspectives from the actual market participants and ultimate buyers of our product before we could be confident in our design.

You should completely understand your market and your business model and back that up by dozens and dozens of interactions with potential buyers before you think about raising capital. Also, realize they are doing you a favor by sharing their experience and opinions on what you have in mind. Too many entrepreneurs get so blinded by their idea that they tune out feedback that isn’t 100% positive. As a result, they sacrifice an opportunity to get the model exactly right before jumping in.

There is nothing worse than raising early equity capital on a model you then decide does not work and needs to be overhauled. It is expensive and can kill a company before you ever have a chance to get going. Do the work, do it twice and again and again and again, and eventually, you will know when you are really ready to launch.