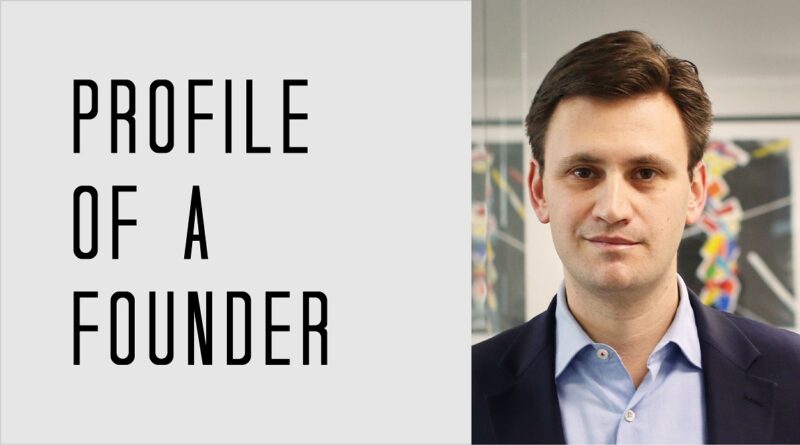 Profile of a Founder
July 8, 2022 thetechtribune

An exclusive Tech Tribune Q&A with Andrei Cherny (founder and CEO) of Aspiration, which was honored in our:

Tell us the origin story of Aspiration – what problem were you trying to solve and why?

We set out to build Aspiration with the idea of bringing actionable sustainability solutions to the everyday consumer. Although many Americans understand that climate change is a real issue, few have a grasp on what actions or first steps they could take to reduce their own carbon footprint. Most of the solutions that we commonly think of first, such as electric vehicles or solar panels, are major decisions and expensive investments. Aspiration was founded to change that. By integrating the ability to fight climate change into people’s day to day spending and saving, Aspiration is putting automated climate action directly into the hands of consumers.

For consumers, awareness has been the biggest hurdle in our mission. Although so many people are conscious consumers who think about the environment when they’re making daily spending decisions like buying coffee or clothes, they then pay for it with a “big bank” card without realizing that the deposits in their checking or savings accounts are being used by that bank to finance the fossil fuel industry.

We’re creating the category of “Sustainability as a Service” to empower individuals and businesses alike to build climate change-fighting action into what they do every day in ways that make it easy, automated, engaging, and yet still enormously powerful. Over the course of the past year or so alone, thousands of companies have made aggressive and public commitments to make their carbon footprint “net zero” over the next few decades, which will require trillions of dollars of investments over that time period. This represents the most significant revolution in global business activity in 25 years, since the growth of e-commerce in the mid-1990s. What this means for us at Aspiration is that we’ve seen enormous growth very quickly, and we’ve been racing to keep up with demand by investing in the creation of even more high quality solutions.

What does the future hold for Aspiration?

We are in the midst of what could become one of the biggest and fastest  worldwide human behavior shifts toward sustainable practices, and not just individually, but across corporations, governments, cities, and countries as well. We see that reflected in the organizations we’re now working with, such as our industry-first partnerships with everyone from the LA Clippers to the Qatar Free Zones, Deloitte to Drake, and Blue Apron to the Boston Red Sox.

What are your thoughts on the local tech startup scene in Marina Del Rey?

Not so long ago, I would have said that the tech scene here in Los Angeles, Marina Del Rey included, was at least five years behind New York or San Francisco. However, I think we’ve finally caught up. In those traditional tech bubbles, it’s easy to fall into a groupthink mentality, but being in an emerging hub such as Marina Del Rey, where we aren’t lumped into a pack, can allow you to experiment and innovate in other ways.

The most fulfilling work is finding a company working on a challenge you care about, where you can contribute to that mission or create the company you wish to see in the world. If you’re taking the latter path, I would also add that you should think bigger from the get-go and lay the foundation for your vision as early on as possible. Having that in place will serve as the guiding light not just for you, but for your employees, partners, stakeholders, and customers.