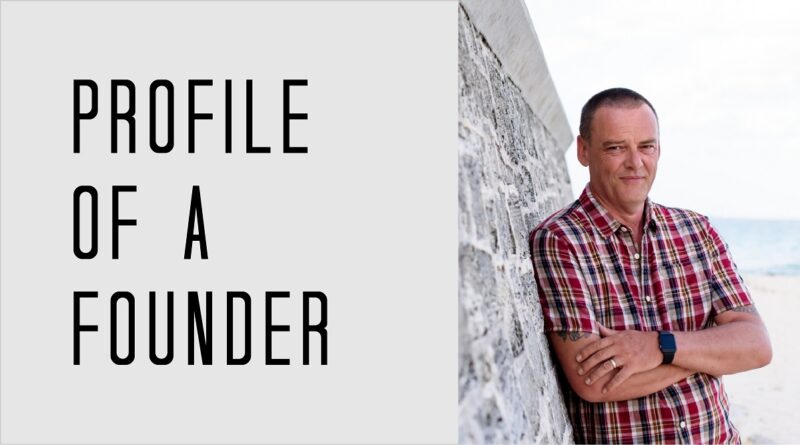 An exclusive Tech Tribune Q&A with Andy Bax (co-founder and COO) of Seaborn, which was honored in our:

Tell us the origin story of Seaborn – what problem were you trying to solve and why?

Seaborn was born out of what we saw as a need for greater parity in the international telecoms world. When we perceived the idea of Seaborn, it wasn’t just to be a technical leader in the subsea fiber cable operator space, but also to change thinking in our industry around how to develop, finance, and operate subsea cable systems. While we were open-minded back in 2010 around where we might build, we were very much focused on a development model that looked and felt like any other major infrastructure funding model – not a common approach in our niche industry at the time.

Historically, there were only two approaches to building subsea fiber cables back in 2010 when we started what became Seaborn: A consortium approach between existing national network providers to create connectivity for their own use, or a private cable system built to be sold. Think of it like an office building designed specifically for four companies- very safe financially, but no room to enable competition or expansion in the market, or an office block self-funded by the builder with no anchor tenants – great for competition, but risky and prone to market fluctuations.

And then remember that subsea fiber cables carry about 98% of all international connectivity in the world. They are the backbone of the Internet. You need competition but, amongst all else, a solid foundation upon which we all rely for our day-to-day lives.

So, we set about building a business where subsea fiber cables were like any other infrastructure in a competitive marketplace: open for anyone to use, technically and operationally advanced, and, importantly, secure in their financing.

With that in mind, we focused on the Americas as the foundation region for our business and, specifically, the subsea cable route between the US and Brazil, which, at the time, was one of the most expensive and least competitive routes in the world.

While we came from within the subsea cable industry, our biggest challenges, early on, were the general skepticism around the ability of a startup’s ability to raise the roughly $500M of financing required to build Seaborn’s first cable, and our ability to then execute the project and operate it properly. Add to that the fierce response from the existing operators of cables on the route we had selected to build, and it was a tough climb in the first year or two. Even after we had secured the funding to complete the entire project, skeptics still didn’t believe it was real until they saw ships in the water and construction in progress.

Whether you call it stubborn or a strong dose of self-belief, we never had any doubts about our ability to build the network on time and on budget, and our years of experience operating subsea fiber cables meant we were confident we could change the landscape in terms of quality of service. But there were times where we felt like we were banging our heads against the wall, trying to convince folks who already knew who we were and what we’d done in the past that we were real and were going to do this.

What does the future hold for Seaborn?

First of all, and as an essential reflection on where we’ve come, I don’t consider Seaborn to be a startup anymore. We’re into our fourth year of operating our ‘Network for the Americas’, which has grown from being a single cable route between New York and Sao Paulo to a broader network providing services across the region in both the capacity and IP space. We learn quickly and adapt fast. We’re currently a team of 50 with about a third of our employees based in and around the Beverly area. Importantly, we’ve retained that startup mentality of being nimble, creative, and adapting to change.

We have a strong financial owner, the best partners in the industry, and are growing both in terms of our customers, network, and capabilities. I couldn’t be more excited about what the future holds for Seaborn.

What are your thoughts on the local tech startup scene in Beverly?

I think that in order to be a successful startup, companies need to have an agile, flexible ,and creative vision. As noted on the 2021 Best Tech Startups in Massachusetts list, there are a bunch of companies that have done just that, and built a wonderful foundation alongside Seaborn. As years go on, I think that these companies will continue to set a wonderful precedent for the next generation of startups to come.

Golden rule – no matter where you are in the lifecycle of a startup, spend every dollar like it’s your own!

I think the one thing I learned early on and that put us in good stead throughout our company’s development period was to remain truthful to yourself. During those early years before we physically started building the network, we made a conscious effort every few months or before a significant milestone to stop, reflect on where we were, and honestly ask ourselves a simple question: “Are we still on the right track and does it make sense to carry on.”

Whether you are just starting, about to sign a big contract, or bring in investors with an injection of money, stopping and asking yourself that simple question is important, and if the answer is yes, it’s going to inspire you to go to the next level. If the answer is no, then reflect on where the steps you took led you to the wrong place and learn from them for your next entrepreneurial adventure.

Soon You Can Experience a Spacewalk Through Virtual Reality Most of us will never be able to visit space, much

Man Who Is Paralyzed Communicates By Imagining Handwriting

May 3, 2021 thetechtribune 0
GET THE LATEST TECH NEWS TO YOUR INBOX!