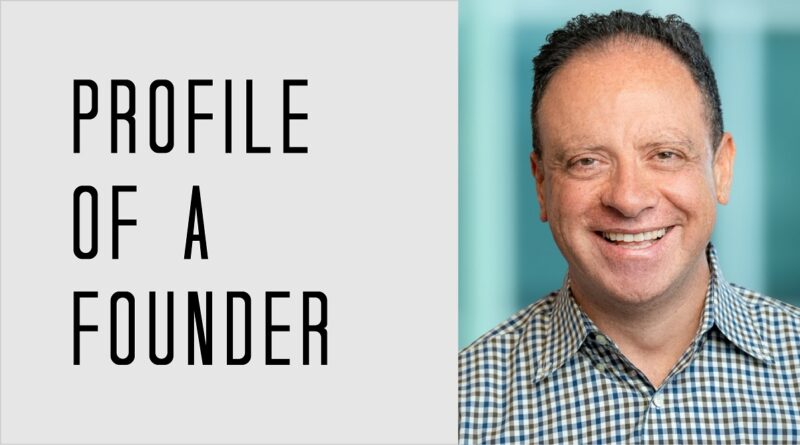 An exclusive Tech Tribune Q&A with Iyad Tarazi (co-founder, president and CEO) of Federated Wireless, which was honored in our:

Tell us the origin story of Federated Wireless – what problem were you trying to solve and why?

Federated Wireless was started by two Virginia Tech scientists who were working to help the Department of Defense reimagine spectrum utilization. The main problem they were trying to solve was that spectrum was traditionally assigned in large blocks, and that with the advent of wireless technology, we were quickly reaching the physical limit of spectrum availability. In particular, the federal government is assigned a sizable majority of all the available communication airwaves, but in many cases, was only using them a small percentage of the time. Our founders redesigned the static spectrum model, introducing the concept of dynamic spectrum sharing

When I joined Federated Wireless as CEO in 2016, we turned their concept into the Federated Wireless Spectrum Controller, the first product to dynamically manage spectrum in real time. In full commercial deployment since Jan 2020, the solution we developed is successfully used to manage mid-band spectrum for both public and private use. We like to call ourselves the “Airbnb of spectrum”. By enabling shared spectrum, we are able to provide more connectivity to places that need it. We’ve found that our model works not only for big telecommunications companies building out networks in urban areas, but also for rural operators expanding their broadband footprint and enterprises of all sizes building their own private wireless networks. Spectrum sharing technology has taken off and is now the foundation for rethinking how governments use their spectrum bands, both in the US and internationally. Sharing is the future.

By nature, startups represent opportunities for innovation and disruption. Good disruption and innovation mean that you are offering something that the world has never seen before. Federated Wireless did just that. We were offering a way to think about spectrum that no one had ever conceptualized. There was immense hesitancy by some of the large wireless suppliers who benefitted from the status quo. Some of our early meetings were highly charged and we received a lot of pushback. Upon reflecting, our team realized that this meant that we were actually on to something.

We knew that the entire market would grow if we got the model right, sizing up the pie for everyone. So, as we were building the product, we also focused on building the ecosystem. As we worked with a few key industry players to start the process, we began to see our ideas take off. We were never afraid to rethink what didn’t work because we ultimately knew that our idea was the right one for the time. Federated Wireless constantly had to prove itself since we were the little guy that no one had ever heard of. Today, our brand name is strong, and our customer base spans the telecommunications, energy, hospitality, education, retail, office space, government, and residential market segments. That initial hurdle actually helped set us up for the success that we have today.

What does the future hold for Federated Wireless?

It took a few years to move from concept to commercialization. During that period, industry analysts and regulators worldwide would talk about the shared spectrum “experiment” that we were running in the US. Now that we’ve been running successfully for over a year, we’ve shown two things: 1) spectrum can be securely and safely shared between federal and commercial users and 2) making new spectrum available for high-speed wireless networks has opened up a world of innovation in both business models and technology. The ecosystem is flourishing, and this year, shared spectrum will be used to support not just 4G networks, but 5G networks as well.

My favorite example is a recent project we started with the DoD. We won a contract to deploy a private 5G smart warehouse with the Marine Corps logistics base in Albany, Georgia. Because the DoD had the foresight to explore how to share their spectrum, they are now able to take advantage of the new ecosystem to deploy a private 5G network on the same spectrum. The industry would not have evolved to this point without that innovative thinking

The world has been watching, and our success will be used as a model that will transform the wireless industry, not just in the US, but across the globe.

What are your thoughts on the local tech startup scene in Arlington?

It is amazing to be in Arlington! There are some fantastic startups here that are doing remarkable work around bridging the Internet connectivity divide. For example, some startups are helping increase telehealth access, which has been much needed due to the COVID-19 pandemic. We’re working with the County of Arlington to provide a private wireless network to support public school students who may not otherwise have access to broadband at home.

There is a buzz and excitement in Arlington. Every time you turn around there is a new startup in town. It truly is a place of innovation and disruption. At Federated Wireless, we love Arlington because it gives us a chance to be close to all of our partner government agencies, including the FCC, DoD, and NTIA. Our team members have the chance to brief legislators and government stakeholders about the value shared spectrum brings to the US economy. Arlington’s location truly helps us be on the forefront of this nation’s shared spectrum policy and implementation.

First, in thinking about your business model, try to attack the biggest market possible. At Federated, we’ve found success because we haven’t been closed off to any segments. When you work very narrowly, there is a lot of risk associated and investors may be wary of that. Set yourself up for success by thinking about a whole industry instead of a narrow sliver of one.

Secondly, you have to believe in your vision. A lot of times we stay on the sidelines because we feel like there is more to learn. The truth is, there is always more to learn, and you will likely hear “no” more times than “yes” in the beginning. By believing in your vision, you stay focused and rooted in knowing there is a “yes” out there somewhere. Your process might have to change. Your model might have to change. But the vision for what you want to offer is important, so let that keep you going.