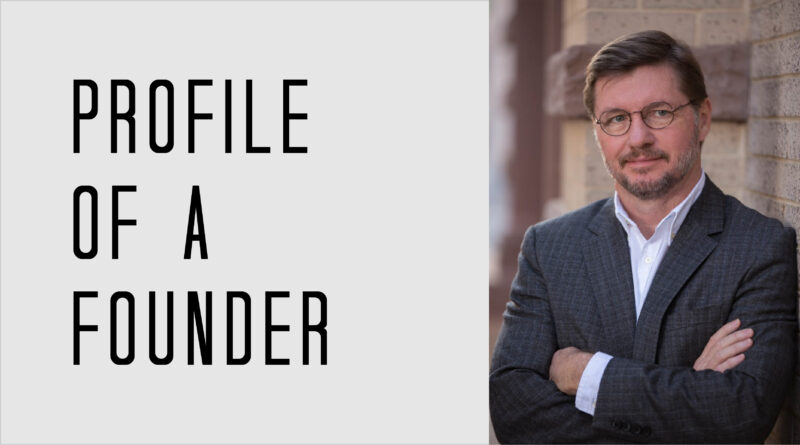 An exclusive Tech Tribune Q&A with Scott Moody, the co-founder and CEO of K4Connect, which was honored in our:

Tell us the origin story of K4Connect – what problem were you trying to solve and why?

Isn’t there a saying that good things happen in threes? In our case, the first of those three started soon after I had “retired”, when the company I co-founded, AuthenTec, was acquired by Apple. I was on a trip to Rwanda when I met someone that I thought was doing so much good in her life that I just needed to do more. The thought (and there was not much more to it) was to start another company focused on serving the underserved, although I am not quite sure what that meant at the time. It was literally only a couple of weeks later that the second of my trilogy fell into place. That is when I met my (now) co-founder Jonathan Gould, who had what I thought was a great idea around developing a multi-modal operating system that could integrate smart devices, applications, services, and stand-alone systems into a single comprehensive system (what we now call FusionOS). Interestingly enough, we started the company with the sole idea of developing the technology, leaving the small detail of figuring out the market opportunity until later (not a recommended strategy for budding entrepreneurs). And then the final and third piece fell into place when I met someone named Eric, who was living with the challenges of MS. Now, there are a lot more to each of those stories, but it was when I met Eric that I knew why I had been called to start K4Connect – and that was to serve older adults and those living with disabilities.

There is no doubt that there are a number of set, and false, stereotypes when it comes to older adults. First is this idea that older adults do not like technology, and that is pure hogwash. What they don’t like is technology designed by a 20 year old for a 20 year old, with slightly bigger font. The fact is that if you create technology around things older adults find of value in their lives, they use it. In fact, they use it more than almost any other age demographic. Second is the idea I often hear of putting a bunch of sensors around their homes to monitor them. Well, the fact is that at the age of about two, people stop liking being monitored and it does not change once they’re 82! Again, it is the idea of providing technology that adds value to how they live their lives and when they see that value, they don’t mind if it is used to help monitor them when they need it.

What does the future hold for K4Connect?

We are a mission-centered company and what we do (serving older adults and those living with disabilities) has NEVER been more important. The fact is that our society has generally failed this demographic during these troubling times, but I believe that will almost certainly change. This change will be led by technology, coupled with the fact that there are over 1.4 billion people (and growing rapidly) in the world today in our served demographics. In the U.S., those over 65 alone are forecast to grow from 14% of the population to 24% in the next couple of decades, while in Japan, that number is forecast to grow from about 23% to over 40%. We have every intent to serve these demographics worldwide, and we have support from our investors and partners to do just that.

What are your thoughts on the local tech startup scene in Raleigh?

There is no doubt that it is one of the best in the country. OK, so it is not Silicon Valley (it is in a class all its own), but we have a growing entrepreneurial ecosystem. Early stage startup support has been very strong here, particularly around the universities’ startup funds, as well as co-founders who have funded a lot of companies in the last few years. Those funds join several others already in the area. Yet, in anything, there is room for improvement, and we need to improve in later stage funding. The fact is that folks looking to “swing for the fences” have to go outside the area (and likely the southeast) for funding. Of course, there is risk in that, versus say, a smaller acquisition, but it is those kinds of big exits (whether an IPO or large acquisition) that drive the startup ecosystem. We get a few of those (and I am sure some on this list will do just that) and we are well on our way of being in the top five startup ecosystems in the country.

Well, first, do your due diligence on your idea. Folks often jump in too quick and don’t do the right amount of due diligence on their own idea before they commit their lives to that idea – and that is a pretty big investment. Second, do something that matters, since even if is the right idea at the right time, it will take a lot more work (and money) than you ever thought. The mission of the company, and not the money, is what keeps you going through the tough times, and there definitely will be tough times! Last, it is all about the team, not only in terms of having a great team (you can’t do it by yourself), but in that you have a far greater responsibility to all your stakeholders, including your employees (the ones that trust you care about them too), your customers (the ones that are making a commitment to some little puke company no one ever heard of), your community (where your team and customers live), and your investors (the ones that took a bet on your idea to start). They are all responsible for making your company a success, so that success does not all belong to you – either egotistically or financially.